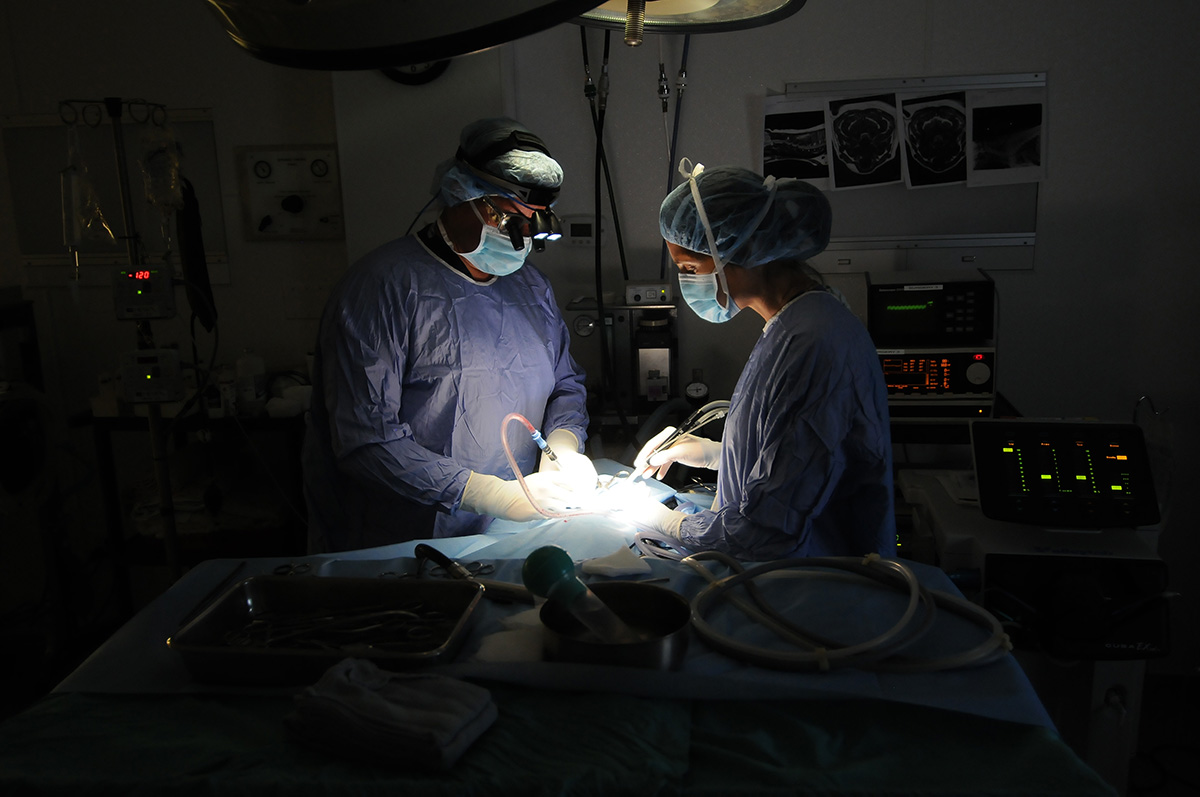 Chiari malformation is a condition wherein the skull is misshaped or simply too small causing part of the brain, the cerebellum, to descend out of the skull through the opening at its base, crowding the spinal cord.
Sadly, this malformation affects over three hundred thousand children and thousands of puppies every year.

Patients experience a variety of symptoms including extreme pain, neurologic weakness, difficulty learning, and seizures. Because this disease also afflicts puppies, their treatment is a natural model for the human pediatric condition.

The exact cause is not completely understood, however, it is believed that due to an abnormal skull shape or reduced skull size in the occipital region, part of the cerebellum is forced through the foramen magnum, altering cerebral spinal fluid flow and deviating the brainstem. Changes in fluid dynamics and pressure gradients cause an abnormal accumulation of fluid within the substance of the cervical spinal cord resulting in the formation of a “syrinx”.

Several recent reports have drawn attention to dogs without abnormal skull shape or reduced size in the occipital region who also exhibit syrinx formation. Abnormal or absent frontal sinuses have been reported to be associated with syrinx formation as well. Both the abnormal shape of the occipital portion of the skull and scar tissue cause compression of nervous tissue and abnormal cerebrospinal fluid dynamics, perpetuating the secondary formation of a syrinx and resultant neurologic deterioration. Syrinxes exert pressure on the spinal cord, compressing and stretching its fibers and in some cases resulting in permanent nerve damage, pain, craniocervical scratching and paralysis. Syringomyelia can also occur as a result of any condition that changes CSF flow, such as spinal fractures and tumors. Syrinx formation in the cervical region is well documented in both human and veterinary patients since the cervical region is easily incorporated in the cervicomedullary MRI study used clinically, however, little is known about the incidence in other spinal regions. Because of this observation, the entire central nervous system is now imaged when patients are evaluated as part of the Chiari screening program at LIVS. Our research is working toward a non-invasive method for accurately screening for CLM in dogs. Successful screening tests may be applied in large scale screening of children and result in early detection and treatment for those with Chiari malformation.