Our Board of Directors

The board of One Medicine Foundation (formerly New York Veterinary Foundation) is made up of leaders in veterinary medicine and the business sector who are committed to advancing the health of both humans and animals. 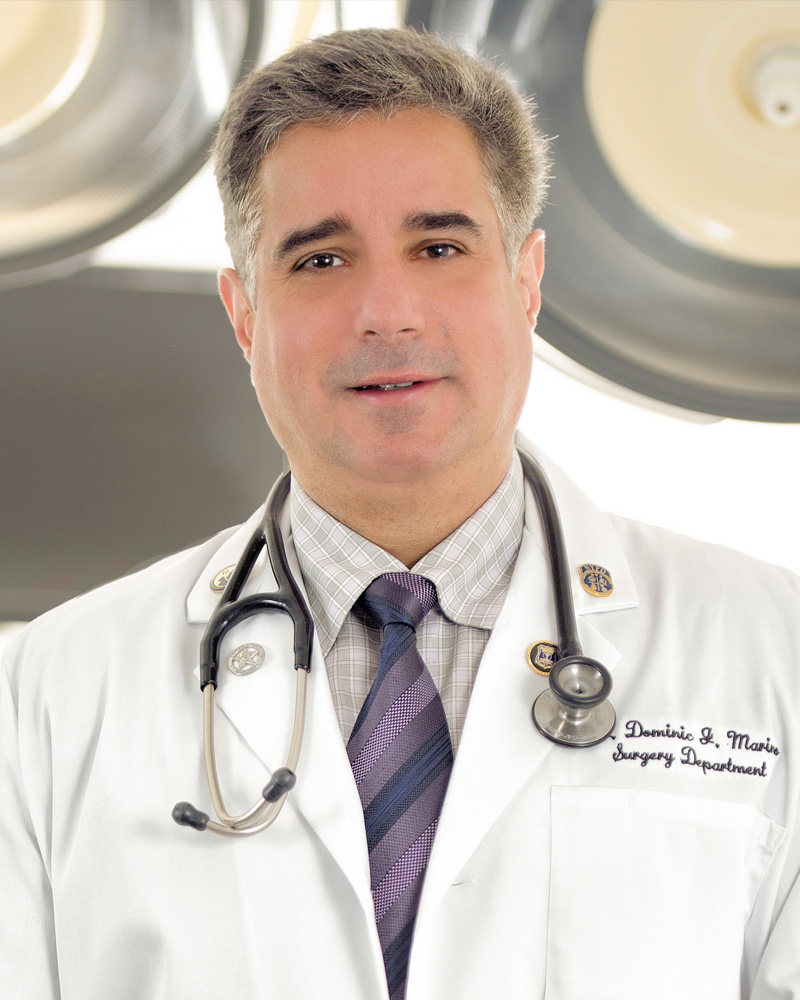 Dr. Dominic J. Marino, DVM, graduated with honors from Auburn University in Alabama, where he received both his Bachelor of Science and Doctor of Veterinary Medicine degrees. He completed a one-year internship in small animal medicine and surgery at the University of Georgia and a three-year comprehensive residency in small animal orthopedic, soft tissue and neurosurgery at the Animal Medical Center in New York City. Dr. Marino was honored with both the Martin and Beatrice Weiser Outstanding Research Award and the North Shore Animal League Petering Scholarship Award during his residency.

Dr. Marino is one of a handful of veterinary surgeons certified as a Canine Rehabilitation Practitioner. He is the first veterinarian to become board certified by The American College of Clinical Thermology where he was granted the status of research fellow.

Dr. Marino has published many scientific articles, and authored chapters in veterinary and human medical textbooks. He lectures extensively both nationally and internationally on many surgical topics including soft tissue, orthopedic, and neurosurgery, as well as tactical veterinary medicine at both human and veterinary conferences. He pioneered the development of nano and micro total hip replacements in dogs and cats and is leader in the field of total hip replacement surgery and has authored dozens of research publications and textbook chapters.

Dr. Marino served as chairman of the Eastern Veterinary Orthopedic Society for several years and as a member on the National Advisory Board of North Shore Animal League America. He is the director of The Canine Chiari Institute at Long Island Veterinary Specialists and on the board of directors of The New York Veterinary Foundation, Veterinary Recommended Nutraceuticals, and the Police Surgeons Benevolent Association. Dr. Marino served as chairman of the scientific advisory board of the Chiari Syringomyelia Foundation is currently a board of trustee member. 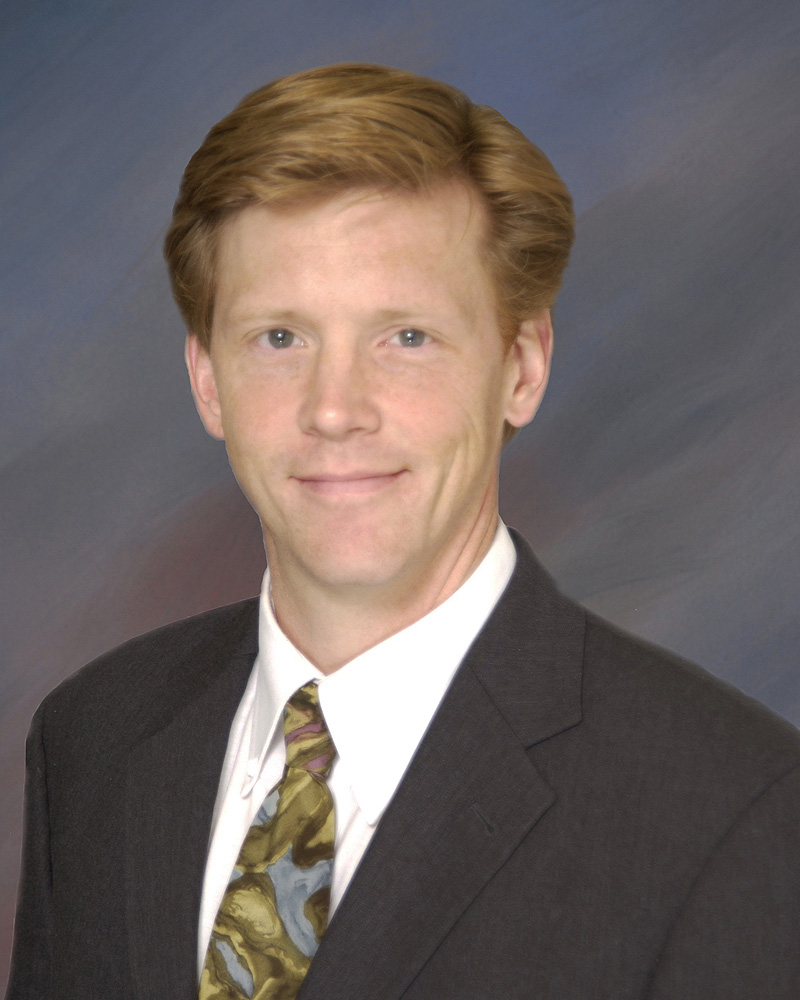 Dr. Dewey has authored/edited three editions of his neurology textbook, Practical Guide to Canine and Feline Neurology, the last edition of which was co-edited with his colleague Dr. Ronaldo da Costa. He also wrote the neurosurgery sections of the last two editions of Terry Fossum’s Small Animal Surgery. Recently, Dr. Dewey also published Clinician’s Guide to Canine Acupuncture with co-author Dr. Huisheng Xie of Chi University. In addition to these textbooks, Dr. Dewey has authored/coauthored numerous other book chapters and peer-reviewed journal articles over the years. 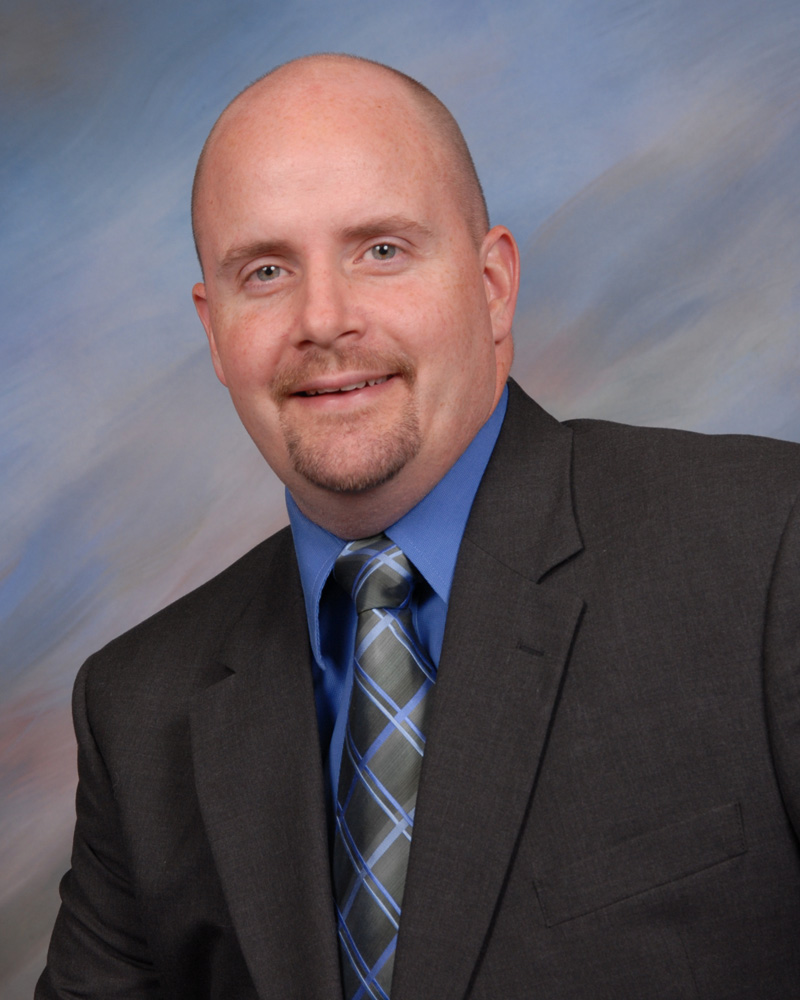 Brian McKenna is the hospital administrator at Long Island Veterinary Specialists, one of the busiest veterinary specialty hospitals in the world. He received his Bachelor of Science degree from Mercy College, New York, and spent several years as triage nurse in veterinary emergency centers in the tristate area. He then served as the operating room supervisor in the Department of Surgery at Long Island Veterinary Specialists where he directly supervised high-risk surgical cases as well as coordinated the day-to-day functions of the surgery department.

McKenna is focused on problem solving by using his knowledge of the pet health industry and a science-based education. He has been instrumental in the management of the hospital and as an administrator, acting as liaison between departments promoting enhanced communication and efficiency. To increase employee retention, he has created career ladders for the nursing, supervisory and staff positions resulting in a diverse team of over 190 highly trained veterinary care providers. He also directed the computerization and digitalization of the Diagnostic Imaging department.

He has completed the Canine Rehabilitation certification course in Knoxville, Tennessee and directs the activities of the Rehabilitation Therapy department. He has served as an Advisory Board Member of the Suffolk Community College Veterinary Technician Program and the New York State Board of Veterinary Medicine. 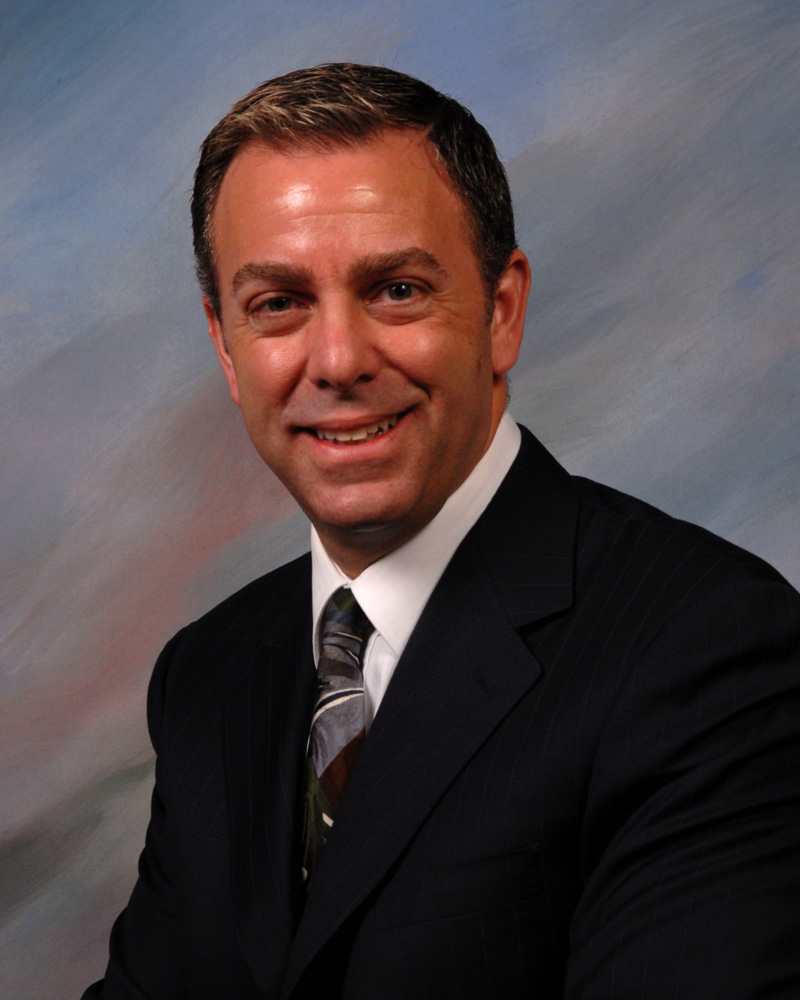 Ralph Parisi is the chief executive officer of a successful management services organization specializing in the health care field. A graduate of Niagara University, New York, he received a Master of Science degree in accounting from the C.W. Post campus of Long Island University.

He has been successful both in the startup of a management services organization and in the implementation of plans leading to business growth, employee recruiting, financial reporting and data analysis. Parisi has also acquired healthcare facilities in distress, re-capitalized them and returned them to profitability. Much of the program involved financing, implementation of information systems, business planning, business development, organizational reporting, contract negotiating and employee training. 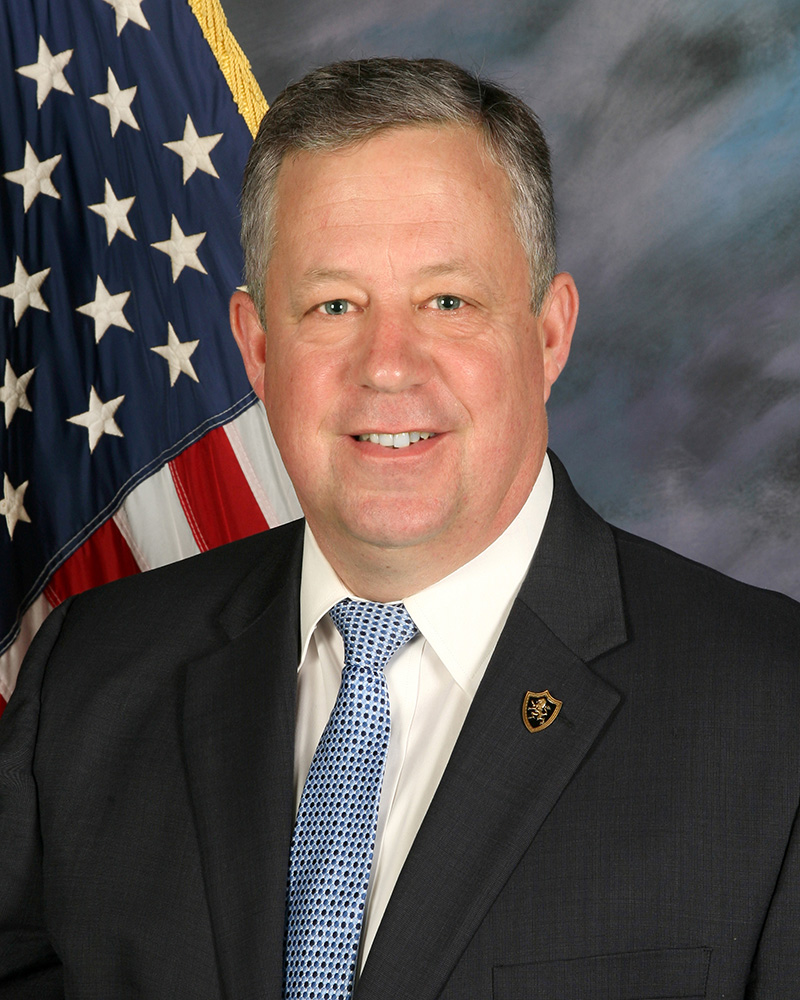 Michael J. Schneider is a retired detective with the Nassau County Police Departments Special Investigations Unit, New York, and prior to that he was a member of their elite canine unit.

A graduate of Niagara University, New York, he has a degree in criminal justice with a concentration in business management. While in the canine unit, Schneider held certifications from the New York State Municipal Training Council in both advanced explosive detection as well as narcotic detection. He and his partner Boomer were also certified by The United States Alcohol Tobacco and Firearms and Explosives (ATF) as a National Odor Recognition Team for explosives (NORT).

He was also a field training officer and a member of the department’s Hostage Negotiations Team. He has received a congressional award for life savings from Representative Peter T. King, member of Congress. In 2011, Schneider received his department’s highest honor, The Medal of Valor, for his actions in stopping a gunman. 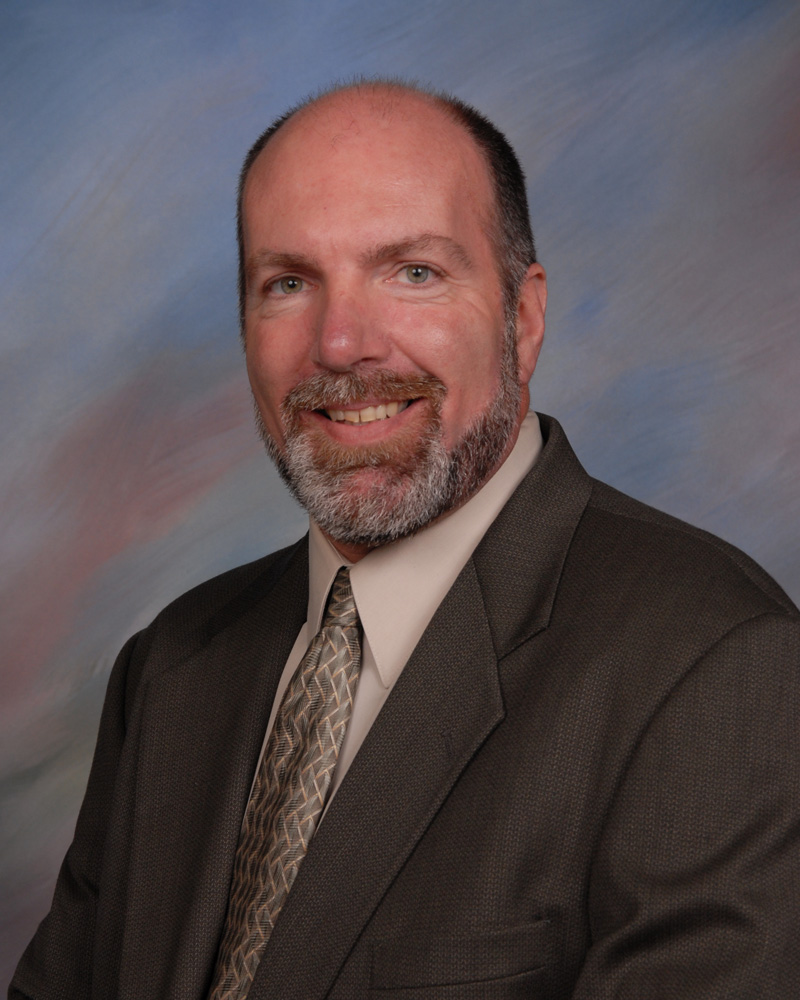 Lee R. O’Donnell is the manager of Mount Sinai South Nassau’s radiation oncology department and Long Island Gamma Knife®. He is responsible for the overall operation of the department as well as spearheading the accreditation process with organizations such as the American College of Radiology and The Joint Commission. He is also responsible for deployment of new radiation therapy technologies.

O’Donnell previously served as the Radiation Oncology Manager for North Fork Radiology/Radiation Oncology in Riverhead, New York. Mr. O’Donnell has more than 30 years of experience in the field of radiology and radiation oncology. He holds a Bachelor of Science in Community and Human Services from Empire State College, New York, and is a United States Air Force veteran. He is also a registered technologist by the American Registry of Radiologic Technologists. 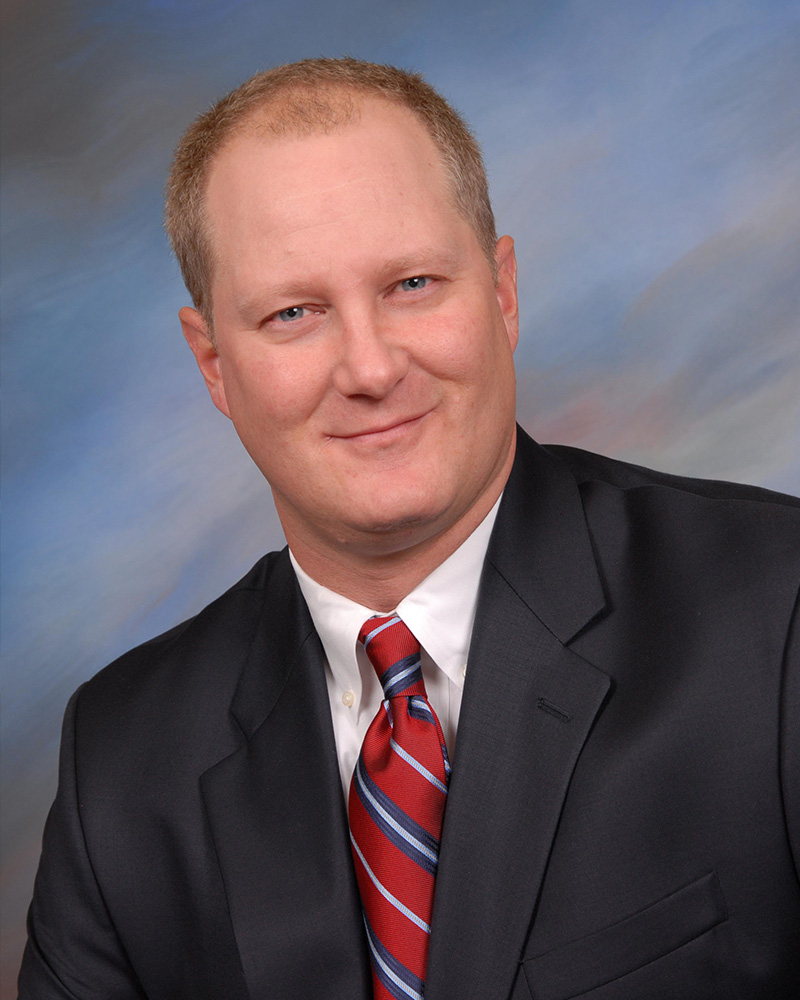 Laurence S. Rohrecker, formerly a dialysis nurse at Winthrop University Hospital in Mineola, New York, and a lead LPN in the module responsible for training new LPNs in the dialysis field, has more than eight years dialysis experience and is responsible for all requirements of initiation and termination of dialysis treatments for an average of 14 chronically ill patients daily. His duties include both medical procedures and patient safety.

A graduate of DeKalb College in Georgia, he has served as the rehabilitation unit nurse and Alzheimer’s unit charge nurse at the Glengariff Health Care Center in Glen Cove, New York. He was responsible for timely and accurate medical care and direct communications with the senior medical staff. A Coast Guard veteran, Rohrecker served as a telecommunication specialist, given top secret military clearance. He was also selected as the dialysis unit representative to attend the Nassau County Fire Academy for instruction and practical application of firefighting techniques. He is currently the unit leader in fire drill safety and is the supervisor of patient evacuation. Rohrecker brings experience in crisis management; crisis care intervention and in leadership posts involving specialized patient care in human medicine.